Star Island is the second episode of the fifth season of Ghost Hunters.

The team heads to New Hampshire to investigate Star Island, which was first settled in the 1600s and used as a commercial port in the Atlantic Ocean. The island is now used as a resort and many of the guests and employees have reported experiences of paranormal activity. A fisherman and his family used cottage E in the 1600s. One day, the fisherman's wife told their son to play outside and when they found him later he had fallen, broken his neck and died. Current guests in the cottage report falling down the steps and feeling small hands on their backs. The curator has heard people and objects rummaging around in the Vaughn Cottage, which is the island museum and also serves as her office. Yet when she goes to investigate the noises, there is no visible culprit to be found. In the Oceanic Hotel, employees complain that it sounds like furniture moving around in the attic, yet there are no objects in there.

Jason and Grant begin their investigation on the second floor of the hotel using the thermal imaging camera. At first they are startled by what they think is a figure manifesting on the camera, but they later find that it was just a wood panel in the room. In cottage E, Kris, Amy and guest hunter Kristyn Gartland investigate whether or not the steps are off-kilter, which could give people the illusion that they are being pushed up the steps. Using a small level, the hunters found that each step was slanted in various directions and this is the likely cause of what people are experiencing.

Later on Jason and Grant carry their investigation over to the museum where they hear banging and scratching noises coming from the vault area near the curators office. Yet when they open the door, they find that there is nothing inside, besides artifacts. The eeriness continues when the vault door closes on its own. There is no open window or any other wind flow near, so the occurrence seems to be the result of paranormal activity.

Steve and Dave investigate the fourth floor of the hotel and the attic where people have complained about sounds of furniture moving. Upon thoroughly surveying the area, the ghost hunters notice some animal droppings and skeletal remains, which leads them to believe that the sounds people were hearing in the attic were most likely caused by mice and rats.

After debunking all of the information they found while investigating, the ghost hunters found that the Star Island is hauntedó particularly the museum area.

The next New Hampshire haunt the team visits is the Kimball Castle, which is 110 years old and is located near Lake Winnipesaukee. The castle's care takers and tenants have all reportedly had paranormal experiences while on the premises. A guest claims to have seen a grey figure walk from the middle of the room to the sink and recalls the doors opening and closing on their own. One of the caretakers said that while giving a tour of the castle, she saw a man on the stairs that smiled at her, and then evaporated. Others report hearing the sounds of horses and heavy breathing in the workshop area that was formerly used as a stable. And the spirit of the daughter in-law of the castle's builder, was allegedly seen standing by the fireplace.

As the ghost hunters began their investigation, they fear that the rainy weather outside may negatively affect their findings. Jason and Grant begin by surveying the mysterious closing doors and find that the hinges on the door are so old that the slightest wind or the act of closing the door on the other end of the room would make the doors move, leading most to believe that it had closed on its on.

Dave and Steve investigate the castle stairs where the caretaker saw a man's image manifest and then evaporate. They place an EMF detector on the steps in order to get a possible reading. They also conduct an EVP session in which they believe they hear sloshing water sounds coming from the 2nd floor. Yet when they go up to investigate, they find that the sounds are most likely attributed to the rain hitting the roof. Later on, Dave and Amy survey the workshop area that's now used as a stable but they weren't able to discover anything out of the ordinary.

Due to the lack of evidence to support the claims made by the caretakers and guests, the team decides that the Kimball Castle is not necessarily haunted. 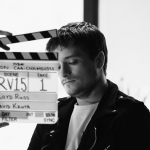